As those who know me can attest, me speechless is a rare thing, indeed. SongwritingWith:Soldiers founder Darden Smith once said, “As A.J. would put it, ‘Why use four words when you can use four hundred?’” And yet… Here I sit, and I find myself unable to sum up the words to truly convey what I feel at the moment.

I just watched the Headline News special about SongwritingWith:Soldiers, and it was funny because right as it started I got a text from a number I didn’t recognize, and it turned out to be one of the other SongwritingWith:Soldiers participants featured in the show. I’d given him my card at the retreat, and he just now found it, right as the show was starting.

I think that act, that reaching out to someone else, is probably one of the best ways to sum up not just the retreat, but the whole function and purpose of SongwritingWith:Soldiers. It’s an opportunity, a chance, a way, to reach out to someone else, to share what you’re thinking, feeling, and experiencing, and for a lot of the folks involved that’s a rare and beautiful thing indeed. 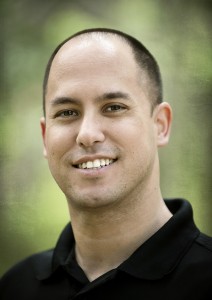 The whole opportunity to take part in this program still blows me away. What Darden and Mary have created and nurtured into fruition is such an amazing thing, and in a society where true human interaction beyond just the superficial becomes so few and far between, it’s so important, especially for our veterans who have, through their experiences, found themselves feeling marginalized on the edges of their world, with a gulf that exists between them and those they know and who care for them because of a lack of a way to communicate what they’re truly thinking and feeling.

I know, firsthand, what it feels like to be able to share those experiences through the songs created at a SW:S retreat, and how it makes the communication and sharing process easier, especially with those outside the veteran community. Anything we can do to spread this experience, this feeling, and this opportunity to other veterans is so wonderful, and I’m so thankful for Headline News for coming out and sharing with the world the incredible things SW:S is doing.