For over 30 years, Gary’s thinking has influenced such brands and destinations as Four Seasons Hotels and Resorts, Sheraton, American Express, Hong Kong, The Islands Of The Bahamas, Barbados, Emirates Airline and Harley-Davidson.

Gary began his travel career as Worldwide Corporate Director of Public Relations for Sonesta International Hotels Corporation and then went on to lead travel marketing firm ISM for over 25 years, before merging with Connelly Partners in 2013. Gary is the proud recipient of the Albert E. Koehl Lifetime Achievement Award in travel advertising from the Hospitality Sales & Marketing Association International (HSMAI), an honor he shares with Michael Eisner and Sir Richard Branson. Gary is a past President of HSMAI and serves on the HSMAI Foundation. Gary also happens to be a collector of all sorts of things, including photography, old transistor radios, tin robots and, apparently, awards. 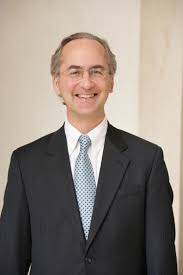 Harry Ballan was appointed Dean of Touro Law Center in August 2016, where he also teaches law. He directs the PTSD and Traumatic Brain Injury in War Veterans Program at the Institute for Music and Neurologic Function, founded by Oliver Sacks, a position that includes working with the U.S. Veterans Administration and Congress. He is engaged in numerous research projects on music and the brain and has used therapeutic music to treat hundreds of patients with psychiatric and neurological disorders. Ballan has also served as a professor of Music and Neuroscience at Yeshiva University.

As a former partner at Davis Polk, Ballan worked on domestic and cross-border mergers, acquisitions, spinoffs and security offerings, as well as cross-border tax planning for such clients as Aetna, Artio, Bertelsmann, Campbell Soup and Julius Baer; on private equity and hedge funds for such clients as Metalmark, Credit Suisse, J.P. Morgan and Citigroup; and on tax litigation, in particular in resolving controversies for multinational firms in technology, pharmaceutical, health care and other industries. He also pursued an active pro bono practice for numerous clients.

Harry Ballan has taught at Yale, Columbia and NYU Universities, was a student at the Conservatoire Américain, and is a Fellow in Neuroscience and the Arts at the Salzburg Global Seminar. Dr. Ballan holds a B.A., M.A., M.Phil. and Ph.D. from Yale University, and a J.D. from Columbia University. 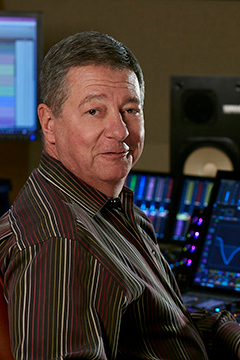 Until December 2016, Dr. Schatzlein was a group operating executive at Ascension Healthcare, the largest non-profit health system in the United States.

Earlier in his career, he was the Indiana market CEO at Community Health Systems, a national health system headquartered in Nashville. He also directed the Northern Indiana Heart Institute’s transplantation program and was the first to perform a heart transplant in northern Indiana. At one point in 2002, nine of the world’s 22 longest-living heart transplant patients had received their new hearts under Schatzlein’s direction.

Outside of healthcare, Dr. Schatzlein founded TRC Studios in 1972 in Indianapolis. TRC was Indiana’s leading audio recording facility for 29 years, and now operates as a private facility in Nashville. He also worked as a staff assistant in the White House during the Nixon administration. Schatzlein has served on the boards of the United Way of Metropolitan Nashville and the Tennessee Hospital Association, and the Nashville Health Care Council.

Dr. Schatzlein received his B.S. and M.D. from Indiana University. He finished his thoracic surgery residency in 1980 at the University of Michigan Medical School and received his MBA in 1998 from Indiana Wesleyan University. A Nashville resident, he is married to broadcast journalist Liz Schatzlein, and has three married children and seven grandchildren. 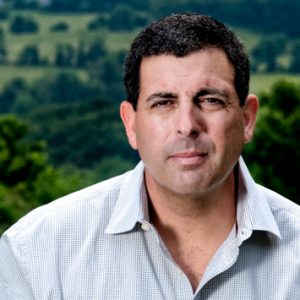 Mr. Falke is a 21-year combat veteran of the U.S. Navy and retired Master Chief Petty Officer. Ken is highly respected around the world as an innovative and forward thinking thought leader on the subjects of wounded warrior care, military and veteran transition, counterterrorism, and training and technology development.

Under Ken’s entrepreneurial direction and leadership as the Founder of his first company, A-T Solutions, the company is a recognized international expert and valuable global asset in combating the war on terrorism. At the forefront of providing training and consulting services in the Anti- Counter- Terrorism industry today, A-T Solutions was named four consecutive years to the Annual Inc. 500 fastest growing privately held companies in the U.S. Also recognized in Entrepreneur Magazine’s Hot 500 List, the Washington Technology “Fast 50”, Smart CEO’s “Future 50”, and the winner of the very prestigious Greater Washington Area Government Contractor Award in the category of companies $75M-$100M. In 2010, Ken was named as the Entrepreneur of the Year for the Fredericksburg, Virginia Regional Chamber of Commerce and selected as a finalist in the prestigious Ernst and Young Entrepreneur of the Year program.

Ken spends the majority of his time educating the public and private sectors on the issues surrounding the long-term care of our returning military personnel and their families from the last thirteen years of war. Ken has recently received the Loudoun County Sheriff and the VFW Post 2760 annual leadership awards. 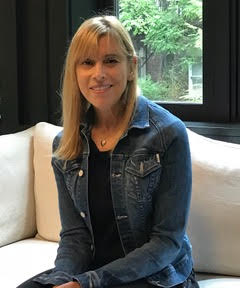 Barbara lives in Manhattan and has been involved with SW:S as a volunteer and is passionate about the program. She helped raise funds to hold a retreat in New York in 2016, and more recently attended our training retreat at the Carey Institute.

Barbara began her career as a lawyer and then helped found Grantworks, a firm that specialized in research and grant writing for non-profits, which she ran for over nine years. From there she became heavily involved in the New Castle Media Center in Chappaqua, NY, a non-profit community media center that provides training and access to production tools. Bitten by the video and production bug, Barbara is now the Founder/Producer of Piper7Media which specializes in creating short documentaries, profiles, image pieces, corporate and music videos, as well as films for non-profits. 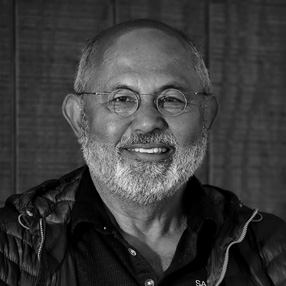 Don is currently an executive coach and consultant in the United States Government’s Small Business Innovation Research Program (SBIR). Prior to SBIR, Don served Rochester NY, the third largest city in New York State, as a Public Works Executive. Don also taught the Psychology of Business and Industry at the University of Rochester.

A true patriot, Don proudly served in the US Army for 21 years in multiple capacities retiring with the rank of Lieutenant Colonel. His career ranged from platoon leader in combat to Army helicopter pilot to Installation Command overseas. Don is most proud of his service to the nation as an Infantryman. An Airborne Ranger combat commander in Vietnam he was awarded three Bronze Stars for Valor and the Combat Infantryman’s Badge. Don has a BS in Engineering from the United States Military Academy at West Point where later in his career he would return as Aide de Camp to the Superintendent and as Associate Professor of Spanish.

He has earned an MA in Spanish Language, Literature and Architecture from Middlebury College and an MBA from CW Post. He has diplomas from the Command and General Staff College and the Armed Forces Staff College. He is a certified Level III Forensic Examiner with the American College of Forensic Examiners. Don’s service to the world did not end in Vietnam. As a Rotarian he spearheaded a wheelchair distribution effort in Guatemala targeting the Mayan disabled in undeveloped jungle regions.

Don comes to the SongwritingWith:Soldiers Board as a thankful beneficiary of the program. His song, written with Mike Bradford, “El Camino,” is a poignant prescription for veterans to coexist with the haunting demons from long ago combat. His wife Kathleen, a 911 survivor, wrote “I Can’t Save You Now,” with Bonnie Bishop. Don and Kathleen, along with Don’s Service Dog Brixton, are out meeting America in their 30-foot Flying Cloud Airstream.