Thank You To The Bob Woodruff Foundation!

From I Got Your 6 written at a SongwritingWith:Soldiers retreat by two Iraq war veterans and a professional songwriter

If it weren’t for The Bob Woodruff Foundation, the song “I Got Your 6,” along with hundreds of others written by our veterans, wouldn’t exist.

Ten Years Alive!
On January 29, 2006, Bob Woodruff was nearly killed by a roadside bomb in Iraq. His miraculous recovery, at the hands of military medical professionals, inspired Bob and his family to give back by helping our nation’s injured heroes and their families through the creation of the Bob Woodruff Foundation.

In 2012 the Bob Woodruff Foundation (BWF) discovered our program, SongwritingWith:Soldiers. We pair professional songwriters with veterans in retreat settings and use collaborative songwriting to build creativity, connections, and strengths. The BWF staff contacted us to see how they could help us reach more veterans. They encouraged us to apply for a grant. They challenged us every step of the way to ensure we learned how to present our program accurately and effectively and offer the best program to veterans that we could. Their high standards and genuine support are gifts for which we will be eternally grateful.

At an SW:S retreat for Military Families, several teenagers sat down with two professional songwriters and wrote Battle Rages On, a powerful song about what it’s like when parents return from combat.

The kids were also brave enough to help debut “Battle Rages On” that evening when the songwriters performed all the new songs! 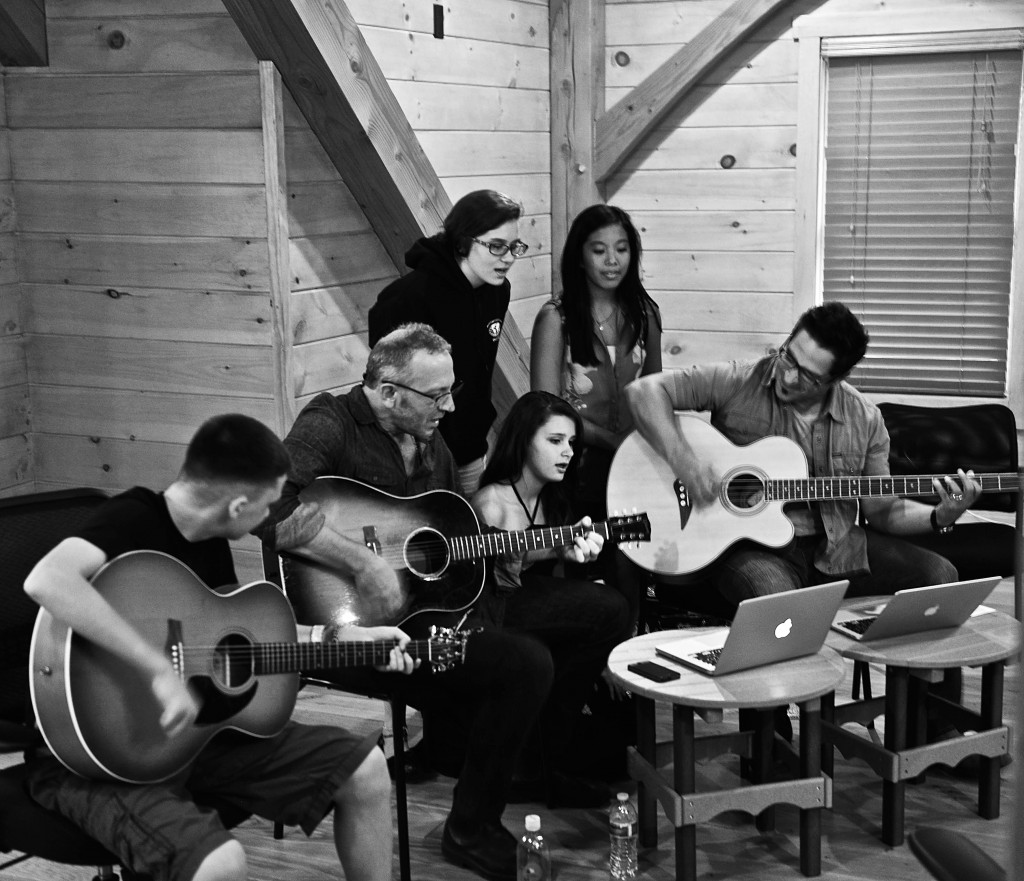 As a result of BWF’s early funding and guidance, these powerful songs exist. The connections and understanding they inspire are changing many lives.

Songs like:
Our Whole Family Serves – by a military family at a Virginia retreat
Waiting On The Boom – by a group of EOD Warriors at a Virginia Retreat
I Found What I’ve Been Missing – by two veterans at a Texas retreat
Throw A Rock – by young boys at a Military Family retreat
The War After The War – by military spouses at a Military Couples retreat in Virginia
The Common Thread (Is Love) – a love song from a Military Couples retreat
Confusion – by our whole group of veterans on opening night of a NY retreat

The songs are as varied and as authentic as our veterans and have much to teach us all. We urge everyone to take some time to listen to them and share them with others.

Join us in celebrating the people and achievements behind them – including Bob and Lee Woodruff and all the Foundation Staff!

It is with the utmost joy and thanks that we celebrate “Ten Years Alive” with the Bob Woodruff Foundation and all of the many lives they have touched.