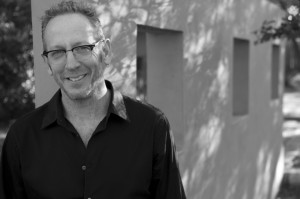 Darden Smith is the Founder and Creative Director of SongwritingWith:Soldiers and is responsible for bringing together the perfect blend of artists to work with our veterans.

Growing up in rural central Texas in the 1960s and 1970s instilled in Smith a driven, independent artistic vision. He wrote his first song when he was 10 years old.

Smith moved to Austin, Texas to attend the University of Texas, and immersed himself in the burgeoning music scene, where he discovered the blues, reggae, rock, and the music coming out of the U.K. By the time he graduated in 1985, he was a regular headliner on the local and Texas music scenes.

He released his debut album, Native Soil, in 1986. Since that time, he has released fourteen albums and toured extensively in the US and Europe.

Highly creative, Smith has also written music for dance/theater, composed Grand Motion, a full symphonic work commissioned by the Austin Symphony, and collaborated on a stage production based on the songs from his album Marathon. In 2003 he founded The Be An Artist Program, as a series of workshops that uses songwriting as a way to encourage students to explore creativity. The program expanded in schools across the United States and Western Europe. The principles behind the Be An Artist Program have also been used in corporate settings, private retreats, and even as a conflict resolution and cultural awareness project between Israeli and Palestinian youth.

All these various projects led Smith to SongwritingWith:Soldiers, which he calls “the most scary, and beautiful work I’ve ever done.”

Smith was the 2011/2013 Artist-in-Residence at Oklahoma State University’s Institute for Creativity and Innovation.