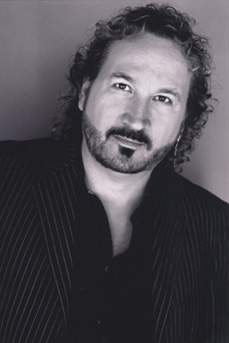 “But the guitarist always writes the songs…” That’s what they said in Gary’s first band. So, following in the footsteps of his heroes John Lennon and Roger McGuinn, a writer was born. After years of hard work and hard writing, he got his first break in 1982 withJuice Newton’s “Love’s Been a Little Bit Hard on Me.” With a hit under his belt he started writing in earnest, getting cuts from such talents as the Oak Ridge Boys and Conway Twitty. After a brief time on a solo career and album, Gary took over for Vince Gill as the lead-singer for the band Pure Prairie League.

In the late 80’s, feeling that he’d done all he can from Connecticut, Gary decided to move to Nashville, and a better move is hard to make. It didn’t take long for Gary to become one of Country Music’s most sought-after writers, having hits with Randy Travis, Reba McEntire, Patty Loveless, Garth Brooks, and many more.

Burr has been awarded ‘Songwriter of the Year’ on three separate occasions by three different organizations: Billboard, Nashville Songwriter’s Association International, and ASCAP and has written 14 Number One songs. In 2005 Gary was inducted into the NSAI Songwriter’s Hall of Fame, one of the highest honors that a songwriter can ever achieve.

With his successes in Country Music, Gary’s ventures in Pop have been equally stellar. He has written and performed with Ringo Starr, appearing on VH1’s ‘Storytellers’ series and many talk shows. He had a world-wide hit with Ricky Martin’s duet with Christina Aguilera “Nobody Wants to be Lonely,” granting him his first #1 on the Latin charts. Gary garnered a #1 on the pop charts with his collaboration on the platinum selling single “Before Your Love” by American Idol winner Kelly Clarkson, and a #1 selling single with American Idol runner-up Clay Aiken’s song “This Is The Night.”

Gary wrote and toured with Pop writing legend Carole King performing all over the world as part of her Living Room Tour.

Gary’s latest adventure could be the wildest of all: forming the trio Blue Sky Riders with Kenny Loggins and Nashville singer/songwriter Georgia Middleman. Their first CD, Finally Home, was co-produced by the band with Peter Asher and released in January of 2013, with a second CD currently in production.