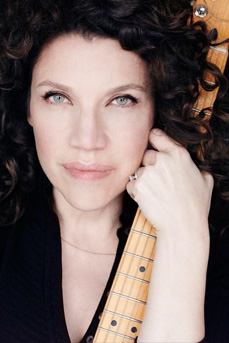 GEORGIA MIDDLEMAN was raised in San Antonio, Texas and received a BFA in Acting from New York University. Upon graduation, she moved to Nashville, Tennessee to pursue songwriting and eventually landed a staff writer position at PolyGram Music. After a live showcase one night, Giant Records signed her to a recording contract and her debut album “Endless Possibilities” was released in 2001. Georgia followed this up with the independent “Unchanged” and “Things I Didn’t Know I Knew,” which she released on her own label, Middle Sister Records. As a songwriter, Georgia has had songs recorded by Keith Urban, Faith Hill, Kenny Chesney, Reba McEntire, Joe Nichols, Martina McBride, Sheila E., Radney Foster, Sarah Buxton, Terri Clark, Maia Sharp and many others. She recently had her song “When The Right One Comes Along” featured on the ABC hit TV show “Nashville.” Georgia is one third of the trio, Blue Sky Riders, along with Kenny Loggins and Gary Burr. Their debut cd “Finally Home” was released January 29, 2013 on the trio’s own 3 Dream Records and they are currently working on their second cd. For more information, please visit: www.georgiamiddleman.com or www.blueskyridersband.com.