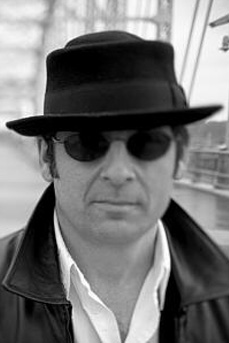 Greg Trooper is a singer/songwriter who has released 11 albums since 1986. Raised in the shore town of Little Silver, NJ he became enthralled by the greater New York area’s rich music scene. He discovered a sort of holy musical trinity in the work of Otis Redding, Bob Dylan, and Hank Williams, with their guiding lights of passion, literary dexterity and plainspoken honesty. It’s one reason Trooper’s music feels equally informed by Memphis soul, Greenwich Village folk and Nashville twang.

Touring nationally and internationally, Greg usually performs solo but on occasion you can find him fronting anything from a trio to a five-piece band depending on the gig.

“Greg Trooper writes great songs, including one of my very favorite songs in the world, Little Sister. On top of all that, there’s his voice – an instrument I have coveted for 15 years.” – Steve Earle

“Greg Trooper has got to be on our list of our finest contemporary songwriters.” – Billy Bragg

“Greg Trooper is a songwriter and performer who deserves about 12 times the attention he’s received. He knows how to play rock against country and folk and position the pressures of adulthood against the longing for adolescent freedom.” – Dave Marsh

Trooper’s lyrical manner is poignant and his singing is patient and evocative. –No Depression

Greg Trooper’s roots-rock can lean toward soul or country or Dylan, and it’s filled with yearning and promises – Jon Pareles (New York Times)

“Great stuff from one of the great American songwriters” – Bob Harris, BBC Radio 2.

On “Upside-Down Town” all of Trooper’s skills are on display: the great storytelling, the lovely melodies, an enviable supply of wit and charm but most of all his compassion for the vulnerable and heartbroken. – Ryan Scott, The Nation