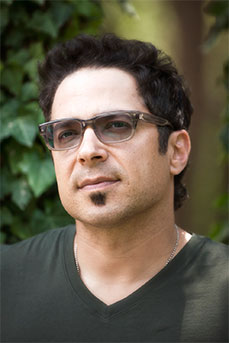 Jay Clementi grew up in the heart of the Rocky Mountains playing and singing country songs with his Dad. His early love of country music can be traced back to his Uncle Bob’s jukebox where he heard the likes of Patsy Cline, Ray Price, Merle Haggard and Faron Young.

His high school years in Arvada led to a football scholarship to the University of Northern Colorado. While attending UNC, Jay built a big local following with his band The Rio Grande Kings who were a fixture at the honky tonks up and down the Front Range for six years. In college his songwriting began to blossom and he got a firsthand look at how a crowd reacted to a new song, valuable experience that he still draws upon.

Music brought Jay to Nashville and as he tried to break into the music scene, he was able to develop a niche and make a living as a fly fishing guide. While in the outdoor industry he became a celebrated nationally known guide, a published and award winning outdoor writer and President of the local chapter of the conservation organization Trout Unlimited.

As he made a living in the great outdoors, Jay was also making a name for himself on Music Row. Jay found songwriting chemistry and friendship with Grammy nominated artist/writer Radney Foster. Jay’s songs and voice have been featured on four Radney Foster records. Radney was instrumental in the forming of The Lucky Bucks, a unique three-piece band signed to Warner Brothers Records and fronted by Jay.

Since 2007 Jay has been a full time songwriter/producer on staff with Warner Chappell and now Sony ATV in Nashville.

He has had songs on records totaling more than 5 million sold.

In 2008 Dierks Bentley released his Greatest Hits record featuring Jay’s song “Sweet and Wild” (a duet with Sarah Buxton). He also sang on Willie Nelson’s 2007 Grammy nominated album, The Songs of Cindy Walker. CMA and ACM Entertainer of the year Luke Bryan has cut 4 of Jay’s songs including the Billboard #1 Hit “Move”!