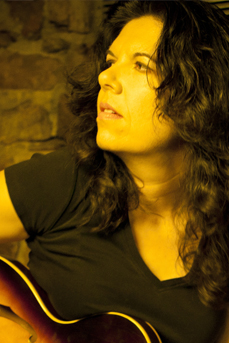 Maia Sharp wears many hats. She has had her songs recorded by The Dixie Chicks, Bonnie Raitt, Trisha Yearwood, Keb’ Mo’, Cher, Edwin McCain, David Wilcox, Art Garfunkel, Lizz Wright, Paul Carrack, Lisa Loeb, Terri Clark and many more. She produced Edwin McCain’s last album Mercy Bound (429 Records) and two songs for Art Garfunkel’s retrospective double album The Singer (Sony). And through it all, Maia has continued to record her own albums. She has six solo releases and one collaborative project with Art Garfunkel and Buddy Mondlock that have all been critically acclaimed and enthusiastically embraced by press and radio. Each release has led to extensive touring throughout the US and UK and appearances on Mountain Stage, Acoustic Cafe, World Cafe, NPR’s “All Things Considered,” CBS Early Morning and the Today Show to name a few. Her latest album The Dash Between the Dates (eOne) is available now everywhere including Amazon and iTunes.