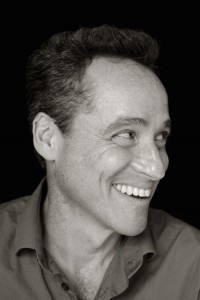 Monte Warden won his first of many Austin Music Awards (for Best New Band) when he was 15 years old. The band in question was the rockabilly trio Whoa Trigger!, which the young Warden rode all the way into his next project – the even more popular and highly influential, Wagoneers, which scored a major-label deal with A&M Records after performing at the 1st SXSW. The band’s “Stout and High” debut was released to worldwide critical acclaim and is widely considered one of the best and most influential country albums of the 80s. His self-titled solo debut was named one of the 100 best American albums of the 20th century by NME. In addition to his success with The Wagoneers on A&M Records, Warden has been signed to RCA, Watermelon, and Asylum/Warner Records.

Warden’s biggest commercial success has been as a songwriter, selling millions of records, landing cuts in major film and television shows, as well as with artists like Kelly Willis, Patty Loveless, George Jones, Bruce Robison, Carrie Underwood, Travis Tritt, and George Strait, to name a select few. Warden co-wrote Strait’s smash-hit, “Desperately”. In the fall of 2005, Warden was awarded his first BMI Award for success in the country field. In March 2007, Warden was awarded the prestigious BMI ‘Million-Air’ Award, signifying over 1 million radio performances of his song, “Desperately”. Warden is a rare two-time member of The Texas Music Hall of Fame, both as a solo artist and as a member of The Wagoneers. The Wagoneers reunited in 2012 and recently completed their first album since 1989 with Grammy-winning and multi-platinum producer, Mark Bright, at the helm. In addition to his success as a songwriter & recording artist, Warden is recognized throughout the world as one of the premier experts on the career, life, and works of Buddy Holly, consulting not only Holly’s widow, band, and family, but also his record label, UMG, the Rock and Roll Hall of Fame, Rolling Stone Magazine, NARAS, Hard Rock Café, Sotheby, and Heritage Auction, as well as on several film and recording projects.